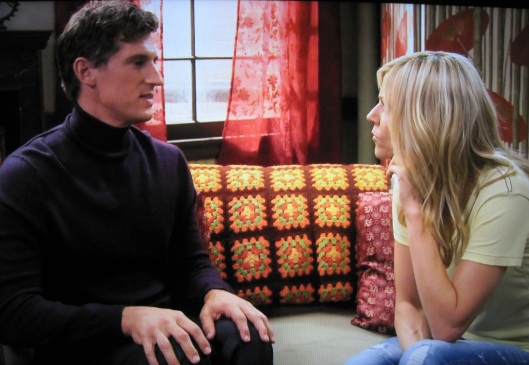 This totally retro 1970’s colour scheme granny square blanket can be seen in Season 8, Episode 6 of It’s Always Sunny In Philadelphia. Thank you Cade for sending me the screenshot!

Just like The Roseanne Show couch blanket and the blanket on Amy’s couch on The Big Bang Theory, this is a traditional granny square blanket. All the squares are the same, made up of a light yellow, dark orange, lime green, light orange and finally a brown round. I would guess the blanket is the same size as the blanket in Taxi – roughly 9 rows of 14 squares.

If you want to make a retro 70’s throwback granny square blanket like this one, I suggest these Stylecraft Special DK shades:

As for the pattern, visit my Photo Tutorials tab for instructions on how to crochet a multi colour granny square.

It’s been a while since I’ve seen crochet on TV, but luckily you fabulous blog readers email me when you spot something for me to investigate. This time it was Joanna who asked me whether I’ve seen the Blue Blanket On The Couch in Gilmore Girls. She desperately wants the same blanket for her home. Joanna said that she blanket appeared in Season 5. I watched the whole season but couldn’t see a crochet blanket anywhere. Eager to help her out and to see what the fuss is about, I did a few searches in Google Images and found photos of two crochet blankets! One appears in Season 7, and the other is the blue blanket that Joanna emailed me about. Whoo-hoo!

First off, this beautiful Red Roses throw can be seen on Lane’s bed in Season 7, Episode 16

I think the Chinese Rose In Square pattern by LubaDaviesAtelier could easily be used to create a throw like this.

In stead of one round of yellow like in Luba’s photo for her Etsy listing, make at least three rounds in white. When you join the squares together you will have 6 rows of white between each rose, which should give you an effect like the Gilmore Girls Red Roses throw.

Now for the Blue Blanket On The Couch that kicked off my Gilmore Girls crochet scout.

I can see why Joanna would want to make this blanket. It’s such a pretty throw with a vintage feel to it. To replicate it, I think the High Noon Square from the book 50 Fabulous Crochet Squares is the one to go for. Use the pattern, but do it in a duck egg blue shade.

For the wide ruffle border, I suggest Border 45 from Edie Eckman’s Around the Corner Crochet Borders book. You would have to repeat the first few rows a few times (the rows before doing the scallop edging) to get it to be as wide as the Gilmore Girls blanket.

So that’s it. The two crochet blankets in Gilmore Girls located, dissected and ready for you to replicate! 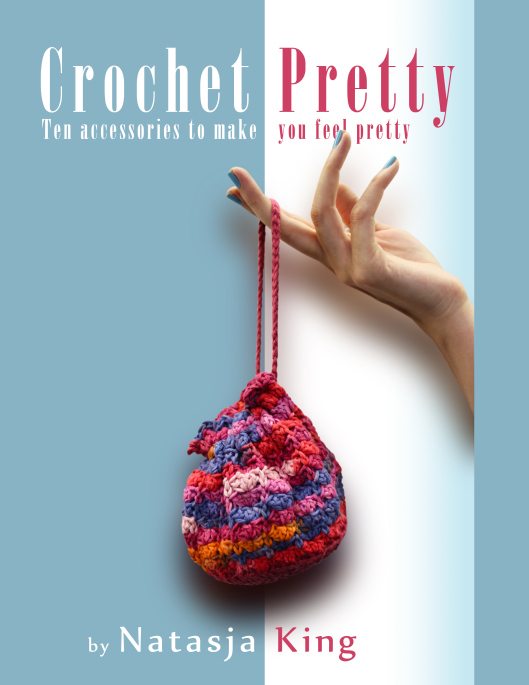 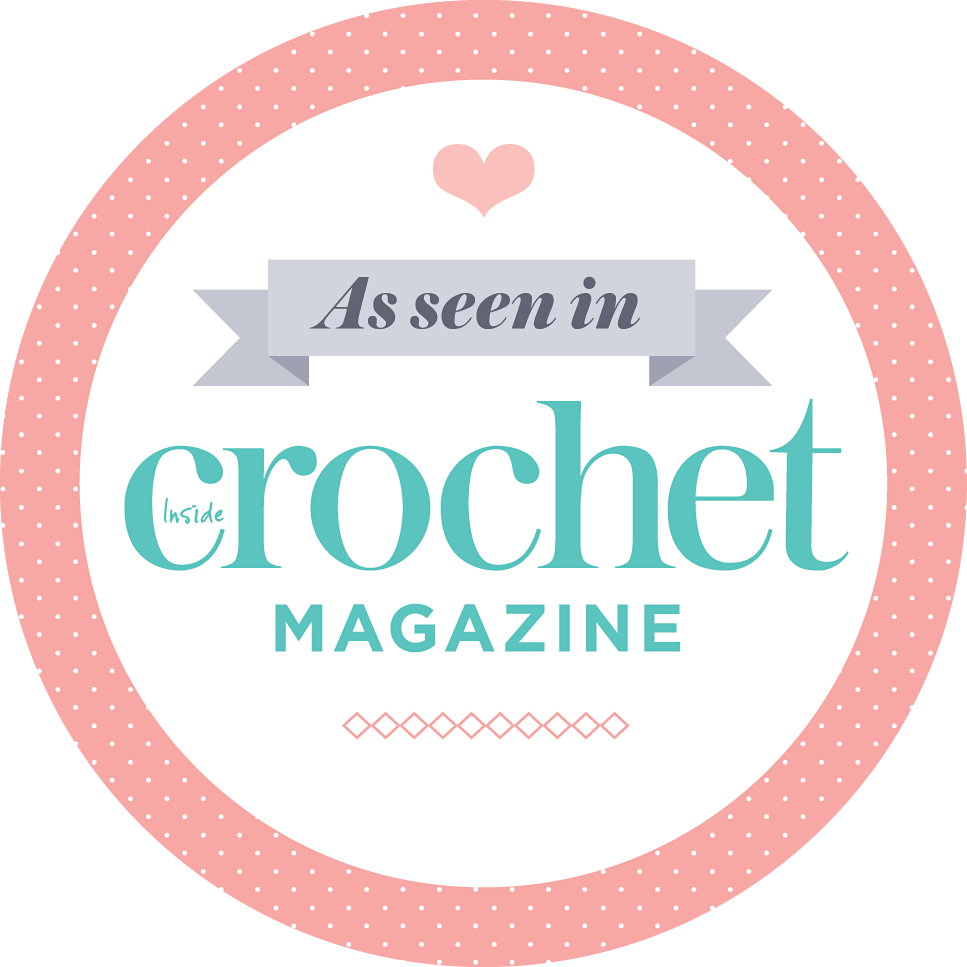